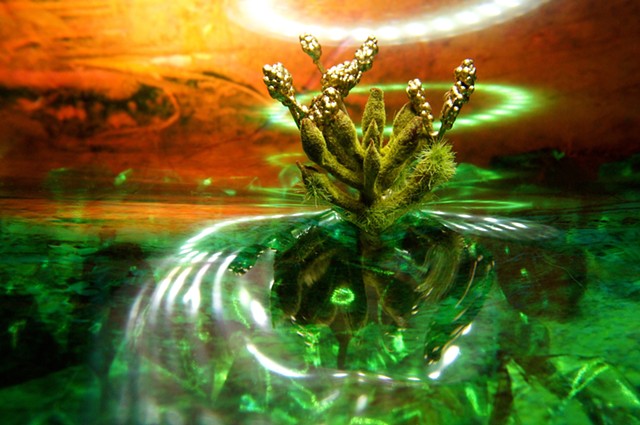 Through salvaged and constructed sculptural elements incorporated into illuminated acetate images, new environments are interpreted and realized as dioramas. The resulting photographs of these dioramic mythological worlds evoke a dream-like familiarity & vividness, triggering a comparison to the natural world we inhabit. Though unfamiliar habitats and elements are presented, conjured memories and reflections of what is recognizable soon materialize, ultimately facilitating an emotional response and intimate inner dialogue.

Adam Devenish is a Toronto based multi-disciplinary artist. He graduated from Sheridan's School of Craft & Design (SOCAD), studying ceramics under Winn Burke and Bruce Cochrane. Though his practice is primarily photo-based, it is approached with a sculptural methodology, typically incorporating both tactile & tangible elements into each artwork.